Read Play Blog is a meme about video games and books, posted every 16th of the month. Bloggers are encouraged to answer a discussion question, and recommend a video game that is similar to a book they liked. Hosted by Happy Indulgence Books & Read Me Away.

Read Play Blog is back for another month of gaming! This month’s question is:

What is your preferred gaming platform? 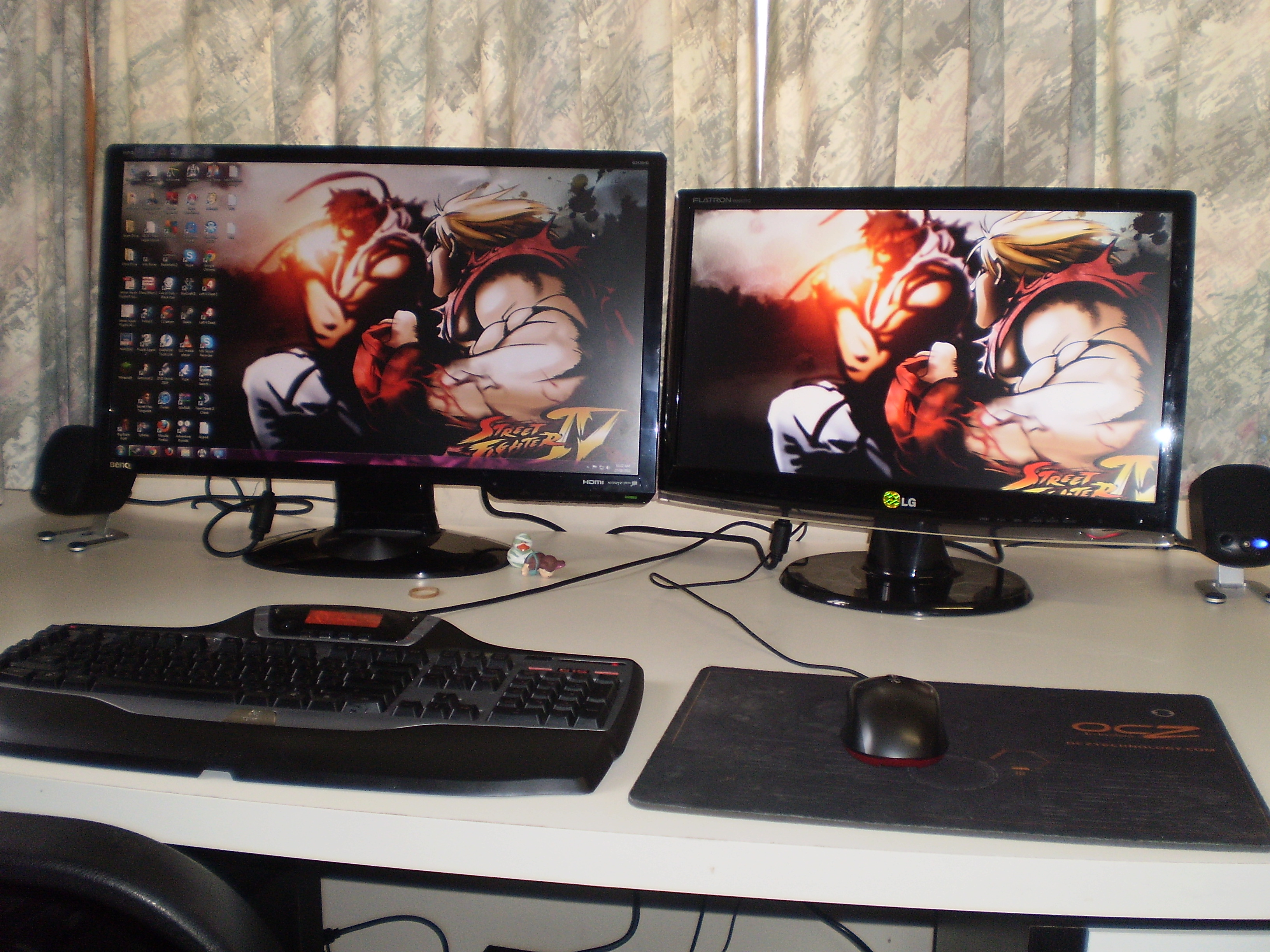 Here’s an old pic of my PC setup, which is pretty much the same except with a Razer mouse, a dead 2nd screen and a messier desk and no curtains XD

I am a PC gamer through and through, from upgrading my comp every few years, to being able to play the latest and greatest games on my graphics card and even building my own computer from scratch! PC is where I was introduced to the world of gaming way back in the time of those own Pentium 4’s which had 256mb of storage haha.

I love playing games on my PC because they are a lot cheaper than on console (I LOVE STEAM), and I’m used to the keyboard and mouse. There’s a lot more variety when it comes to the games you can get as they aren’t just restricted to console releases. The best thing is that I can multitask while gaming as well, by switching out of my game to look up walkthroughs or FAQs.

I have also made the best gaming friends through the MMGN PC Gaming community, who I pretty much dub my internet family. We’ve had lots of fun gaming adventures through playing Left 4 Dead, Team Fortress 2, Battlefield 3 and whatever else comes up.

Left 4 Dead is my favourite shooter game ever – because I love zombies as well, and the gameplay on this is so much fun! You can even play 4 types of zombies which each have their different ways of attacking – going in as a fat gurgly Boomer and spewing blinding on everyone is so much fun. I’ve clocked up over 400 hours alone on Left 4 Dead 1 and 2 with no regrets.

It’s great to play with a group of friends (up to 4 co-operative or 8 versus) because of the teamwork and the competition involved. As a girl gamer, I’ve encountered some pretty darn nasty elitist/sexist behaviour but Left 4 Dead probably has the least, which is why I’ve stayed on it for so long.

Also if you buy it on Steam, the uncut version has just passed classification in Australia. It’s available on Xbox 360 as well, but it’s so much funner on PC with all the mods and custom maps you can apply and the massive community.

I have played every single Sims game and I remember when The Sims 2 came out right when I was getting my own computer when I told a friend that “I wanted the cheapest computer built just to play The Sims 2” lol! I bought The Sims 3 when it came out as well but didn’t play it for long, I think I got distracted quickly with other new releases and I never really got into the rest of the expansions, which arguably is the best part about the varied Sims universe.

I’m really enjoyed The Sims 4 at the moment, especially with the new emotions and the easier way to build your lots. It really is a fun game for anyone, even non-gamers to enjoy to live our your fantasies and to build your own worlds! I just love everyone’s individual stories that comes out of it. I do recommend it, although if you’re a big Sims 3 fan, you’d probably have a lot to adjust to after coming back to a bare bones game.

Next month’s question: What game character would you like to be this Halloween? – post your answer, recommendation & currently playing on the 16th of October, or anytime during the month!

Here’s a list of upcoming questions for the rest of the year.

Link up your answers below! Feel free to use our header, as long as you link back to one of our posts.