In this thrilling sequel to World Fantasy Award finalist Kate Elliott's captivating young adult debut, a girl immersed in high-stakes competition holds the fate of a kingdom in her hands. Now a Challenger, Jessamy is moving up the ranks of the Fives--the complex athletic contest favored by the lowliest Commoners and the loftiest Patrons alike. Pitted against far more formidable adversaries, success is Jes's only option, as her prize money is essential to keeping her hidden family alive. She leaps at the chance to tour the countryside and face more competitors, but then a fatal attack on her traveling party puts Jes at the center of the war that Lord Kalliarkos--the prince she still loves--is fighting against their country's enemies. With a sinister overlord watching her every move and Kal's life on the line, Jes must now become more than a Fives champion.... She must become a warrior.

After the striking cliffhanger of Court of Fives, I was very excited to start this sequel! I thought it was definitely an underrated fantasy published last year that more readers should check out. We start immediately after when the first book ended, and readers are instantly thrown into the midst of plotting and schemes throughout the kingdom. Elliot certainly doesn’t hesitate to add obstacles for our characters, including but not limited to rebellion stirring in the midst of war, and even a possible plan for a coup. Because of this, we have an intricate yet well-organized plot that seems like chaos (after all, what is war but chaos), yet is still organized as a plot. I found myself easily caught up in the action and constant motion of events as Jessamy fights to protect those she love and what she believes in.

One thing that irked me a bit in this book was how dang Jessamy could be with her thoughts. We know that she’s part of two worlds, and yet not wholly in either. She is called a “mule” because her mother is Efean and her father is Saroese. In this world, we see a divisive line between these two peoples and their societies. Efeans are clearly Commoners that serve the Patrons, who have Saroese blood. Jessamy constantly finds herself in situations where she finds herself asking whether to behave like one part of her or another. And while I found these revelations refreshing and eye-opening, I also got tired of them after the fourth or so mention. There is a lot of self-questioning the same question over and over again, while readers such as I are like, “We get your point!”

Am I both Patron and Commoner, or am I neither? I no longer know. Maybe a mule is a creature with no home, only a long road ahead and a doubled burden to haul.

While we are transported back to the opulence of the world, Elliot continues to expand on the lush desert and intriguing rituals and religion of the world. Poisoned Blade uncovers some unknown history of what really happened when the Saroeans conquered the Efeans, and how people are spreading that knowledge out. It’s a dangerous game they’re playing, but how else will the truth reign free? I absolutely adore stories with rebels in them, so following this particular plot was vastly intriguing for me. The snobbish Patrons have no idea what’s in store for them after the turmoil this book throws at them.

On the other hand, we have Jessamy really trapped. (She’s so trapped, in fact, she says it multiple times throughout the book.) She’s trying to protect her mother and siblings after saving them from getting buried alive in the previous book. At the same time, she’s continuing to run in the Court of Fives in order to support Lord Gargaron, who she needs to keep her father and the love interest, Kalliarkos alive. It’s a fine line she’s treading on, but her discipline is great enough to see it through. I really like her drive and rigorous attitude. Being heavily influenced by her general father, Jessamy is strict yet loyal to a fault. Her decisions in the book mostly revolve around keeping her loved ones safe, which is a very admirable trait.

I am trapped, and for once in my life I see no path through these Rings.

But personally, as a reader, I couldn’t help but get frustrated at her inability and constant woes of being “trapped.” Okay girl, I know you have to do this to save your family. But… are you sure there’s nothing else you can do? Those thoughts raged through my mind while reading because it was really just disappointing how much of a fight she didn’t give. We see hints of a rebellion, leaded by the Efeans, and it’s all very low-key. Jessamy’s placidity while acting as a puppet for Lord Gargaros was just really aggravating, and it all seemed so hopeless. It got tiring after the first couple hundred pages, and stopped being an issue as Jessamy started to realize what she believed in fighting for.

Elliot also creates an amalgam of characters that really drive the stakes in the book. We have cousins and grandmamas fighting for the throne, hypothetical children being tossed around, sisters that don’t quite see eye-to-eye with each other, and many more. The wide cast of characters give it a bit of flavor, and it’s actually a bit fun to start hating on some characters. At the same time, I feel like the author could have spent maybe more time on others. For example, Dusty is a mule that is briefly mentioned and by the time the book is finished, I just wish he had more page time. We only learn bits and pieces of his character – as well as Mis, another adversary on the Court where Jessamy plays in. This focus on non-lead characters would really help with empathy if or when there are deaths, too. Thus far, the deaths that have happened did not affect me as much as it did Jessamy. It would’ve been nice to have that empathy with Jes while she was worrying or mourning over someone.

While I usually like lighter romances in fantasy (in favor of action-packed scenes and shouts of “FREEDOM!”), I actually would have liked more time with the main couple in this one! For the majority of the book, Jessamy and Kalliarkos are apart from each other or someone is angry at the other. I felt like putting the relationship back in favor of the action has made it a bit unrealistic, as there are so many unresolved things emotionally that are never covered before they get back together again. There are more scenes of them together at the end though, and it makes for a very sweet (and a bit surreal) relationship. It’s definitely one that’s put in the backseat of finding out who’s plotting to kill whom.

While Poisoned Blade looses the novelty of the Court of Fives and forbidden romance that the previous book touches upon, readers are thrust into complex schemes that’ll make them continue to flip the pages as fast as they can to get to the bottom of everything. Jessamy continues to assert discipline over her actions, even if it feels like her whole world is collapsing. While I thought it was frustrating that she was so stagnant in the beginning, I do see the logic. And yet, with all this planning and plotting in the build-up, I was expecting a more explosive climax. Either way, this book paves the way for a definite revolution in the third and final book that I have high hopes will not just be in the characters’ imaginations – instead, a reality.

Thank you Little Brown, and Company for the review copy, in exchange for an honest review!

12 responses to “Poisoned Blade Review: I Want A Revolution, Not Just In Your Imagination”

If you could have an alternate cover for a book, which book would you pick?
Are any of these books on your TBR?
I interrupt this regularly scheduled program to introduce our newest bookworm: Nina Isabelle! Only 5% of babies are born in their due date, and she made a swift entrance on 10 September at 3:21pm. She weighs 3.25kg and is 50cm.
What is the last book merch that you bought or received?
What food could you eat everyday without getting sick of it?
Happy Empire of the Vampire release day @misterkristoff 🩸
Predictive text game: Type in "I went into the ocean and found a _____".
Do you buy books if they're pretty or based on the cover?
What does self care look like for you? 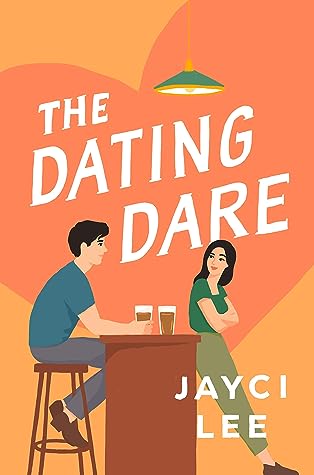