Her story is a phenomenon. Her life is a disaster.

In the real world, Eliza Mirk is shy, weird, and friendless. Online, she’s LadyConstellation, the anonymous creator of the wildly popular webcomic Monstrous Sea. Eliza can’t imagine enjoying the real world as much as she loves the online one, and she has no desire to try.

Then Wallace Warland, Monstrous Sea’s biggest fanfiction writer, transfers to her school. Wallace thinks Eliza is just another fan, and as he draws her out of her shell, she begins to wonder if a life offline might be worthwhile.

But when Eliza’s secret is accidentally shared with the world, everything she’s built—her story, her relationship with Wallace, and even her sanity—begins to fall apart.

Ever since I discovered the internet when I was young, there’s always been a certain solace that I’ve found in online communities. Especially those that share my passion, whether it’s gaming, blogging or books. I’ve seldom found this reflected in books that I’ve read, except for Fangirl, Queens of Geek and now, Eliza and Her Monsters.

This book is about the love of a fandom that is experienced through a creator’s eyes – Eliza is also Lady Constellation, who is behind the hugely popular web comic, Monsters of the Sea. Like many of us, she keeps her online world and her real life seperate. The only people that know her real identity are her two online friends who also help her moderate the fandom web forum. Being a book blogger like myself, many of my friends are also those that I’ve made online, who I consider to be my real friends. I liked how the book explored the disconnect that her parents felt from Eliza always being tuned into her phone, while not understanding the value that she placed on these friendships. Sometimes when we don’t belong, when we feel like no one else relates to how we feel, online friends are easier to turn to and through Eliza’s world, the book definitely captures their importance.

Haven’t we always wondered what it would be like to have millions of fans online, tuned into your every thought? For years, Eliza has placed immense pressure on herself to post on time, with quality content. She believes this is what has attributed to her success, knowing that her fans won’t settle for less. The strive for perfection pushes Eliza to constantly create artwork and a story that she tells from the heart. However, as every creator undoubtedly go through, Eliza will experience a creativity burn out which affects her fandom as much as her own anxiety and real life. It was interesting seeing how she associated fans with just numbers, with the realisation sometimes that these were actually real people who liked her work.

Eliza and Her Monsters also features an adorable meet cute romance with Wallace, who happens to be a fanfiction writer of the Monstrous Sea. It was adorable seeing them connect about something that they both loved, but with Eliza not wanting to share her identity as the creator of the fandom with Wallace, as it’s something that she’s never shared in real life. Both of these characters aren’t perfect – Eliza experiences anxiety that prevents her from leaving the house or communicating with others, while Wallace also has selective mutism. I thought their friendship and romance was adorable, especially with both of them being introverts who felt more comfortable behind a computer screen.

Disappearing is an art form, and I am its queen.

Like Fangirl, the book interchanges snippets of her artwork and web comic with Eliza’s story. I liked seeing her art style, although it was kind of weird starting and stopping in random parts of the story which didn’t really make sense. I kind of wish more of it was in web comic format, rather than art and text which made it harder to picture.

Eliza’s parents were also a main point of frustration for the reader – both being incredibly clueless when it came to mobile phones and the internet, while being sporty junkies who forced family time onto their kids. I was also really annoyed with some events towards the end, with how a certain character made it all about themselves and pressured Eliza to do right by them. While I can definitely emphasise with the problematic parts of each character, I still found it annoying because of how much suffering Eliza was going through at the time.

Overall, Eliza and Her Monsters was an incredibly cute contemporary about the online world, finding solace in a fandom and anxiety and passion. It’s definitely a relatable book about making friends through a shared passion and the pressure that you can feel as a creator. I also loved the anxiety representation with Eliza needing to keep up with the demands of her fans which interfered with her schoolwork and family. Such an adorable, relatable read about the love of fandoms.

6 responses to “Eliza and Her Monsters Review: A Fandom Queen with Anxiety” 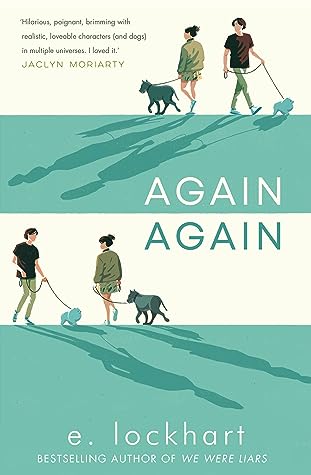